With the increased reliance of automotive and industrial systems on electronic control, failure of the underlying computing systems can have serious consequences for people and property. Consequently, these systems are typically designed with many safety-related features in hardware and software so that a single malfunction is not hazardous. For these mission-critical systems, designs trace those features to requirements specified in ISO 26262 for the automotive industry and IEC 61508 for industrial control systems.

ISO 26262 defines functional safety as “The absence of unreasonable risk due to hazards caused by malfunctioning behavior of electrical/electronic systems.” In electronic systems, the cause of failures leading to system malfunctions can be systematic faults in design or random faults due to soft error or probabilistic reliability failures over time. Functional safety ISO 26262 and IEC 61508 standards define safety integrity levels (e.g ASIL A to ASIL D for automotive and SIL 1 to SIL 4 for industrial systems) with each level denoting more stringent safety levels and less likelihood of failures.

Although meeting functional safety requirements is an expansive undertaking, safety critical system design can benefit significantly from the ability of individual components to support those requirements (Figure 1). For example, safety features implemented in a typical design's Flash components free up the MPU/MCU and the SPI bus from reading Flash contents periodically to ascertain integrity of its contents.

Like many semiconductor products, NOR Flash has evolved from the narrow scope of its original purpose. In fact, advanced NOR Flash architectures integrate a processor core with additional logic IP and firmware that provide advanced functionality to system designers (Figure 2). For functional safety applications, devices such as the Cypress Semper NOR Flash family extend this architecture with features designed to meet the automotive industry’s ISO 26262 functional safety standard.

NOR Flash uses a relatively larger memory cell compared to NAND Flash to provide high endurance and long data retention. Combined with a byte-addressable architecture, NOR Flash is ideal for boot code—including execute-in-place systems—and transaction data. Applications such as factory automation are demanding Flash memories that are optimized for performance, reliability and fail-safe operation.

Here's a list of the most impactful functional safety features found in today’s NOR Flash devices designed for safety critical applications. 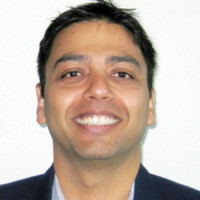 Manish Garg works with the Memory Products Division at Cypress Semiconductor in Product Marketing. Previously, he has worked in different roles in Product Planning and Marketing at Altera (now Intel PSG) and Lattice Semiconductor. He holds a MS in Electrical Engineering from the University of Wisconsin and an MBA from Santa Clara University.

How to quickly evaluate data converters

Struggles and suggestions with master/slave terminology

September 21, 2022 Gary Hilson
We use cookies on our website to give you the most relevant experience by remembering your preferences and repeat visits. By clicking “Accept All”, you consent to the use of ALL the cookies. However, you may visit "Cookie Settings" to provide a controlled consent.
Cookie SettingsAccept All
Manage consent